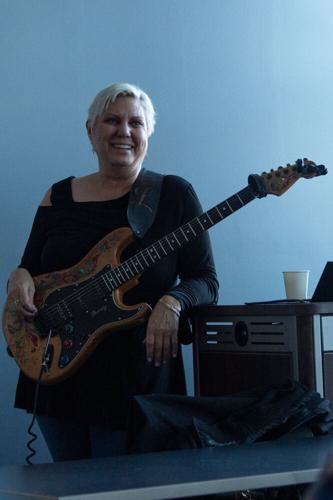 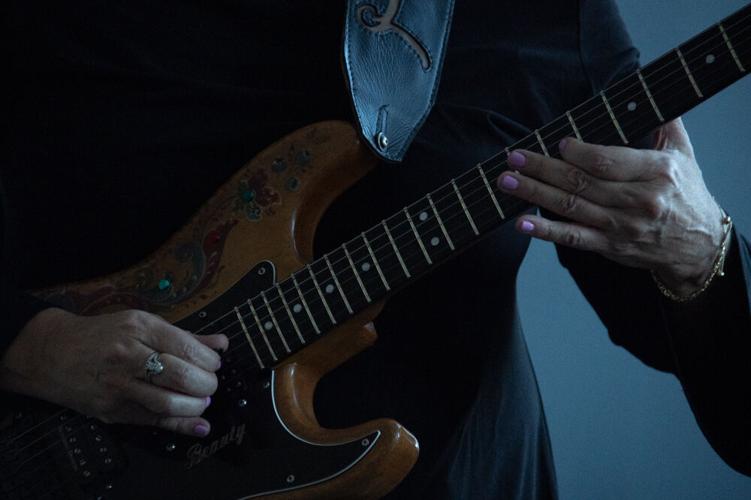 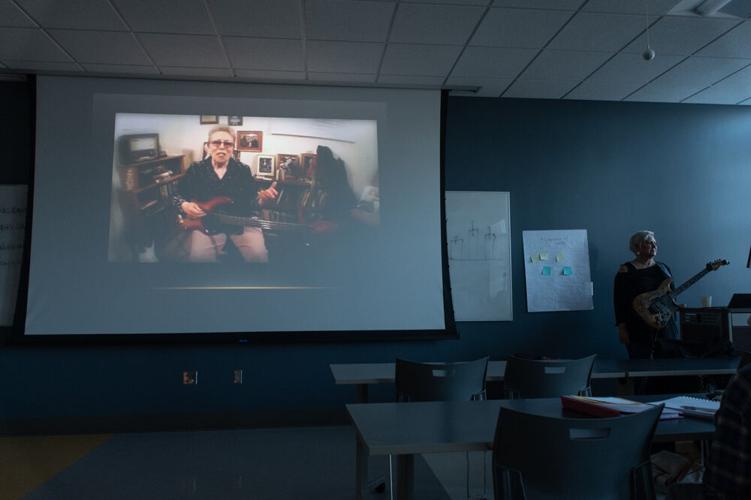 To celebrate the upcoming Women’s History Month, on Feb. 28, the impressive and talented guitarist Lisa Baker graced 540 McCallie not only with her presence, but with her astounding live performance and presentation on women in guitar. Co-sponsored by the Women, Gender, and Sexuality Studies and the Department of Performing Arts, this event honored women in all of their musical and impressive glories to say the least.

Lisa Baker is a guitarist of many talents—she is also a writer, composer, lyricist, and instructor. In fact, she was the first female at Northern Illinois University to earn a master’s degree in guitar, after she received her bachelor’s degree in psychology from Westmont College in Santa Barbara, CA.

Baker’s interest in music sparked at a young age because she grew up with a health condition that required her to spend a lot of time alone. During this time her family piano was being played frequently, and she would spend hours sitting, simply learning the ins and outs of the piano. “I believe this alone time with the piano was instrumental with the discipline required to learn guitar. When I was a junior in high school my Mom brought an acoustic home to rehab her hand. From that moment I saw her guitar, I knew it was going to be my instrument” Baker said.

So, she taught herself to play chords from a church songbook, and befriended a celebrity on the church scene who eventually became a mentor to Baker. At 38 years old she then realized she wanted to learn to be a lead guitarist. Once her project of being a singer songwriter in Nashville with Capitol Records in a band called “World Mix” didn’t work out, she decided she was going to move to Chicago to get a masters in Jazz Guitar at Northern Illinois University.

Baker said she is now still pushing herself to get better, and that she wants to learn for the rest of her life. In order to maintain her life goals, Baker enjoys spreading the knowledge of women in guitar and letting others know of their legacy.

“There are many things I hope students will take away from this,” Baker said, “I would really like to bring awareness to all of the issues women have had to face in this industry. We were raised to believe women don’t play guitars, and I want to get rid of that stigma. There are so many women who have helped shape every genre of guitar playing, and they need to be honored for their contributions to what contemporary guitar is today.”

Out of all the successes and rewarding experiences Baker has had, she said that she values “being able to share the struggles I’ve been through and the lessons I’ve learned.” “I believe in making the painful experiences we’ve had in our lives count for something,” Baker said, “and another experience I treasure is my ability to have fun jamming with the boys.”

In an industry that has been mainly dominated by men, Baker advises women to be the leaders of their own band, or even the controller of their projects. “This solves a lot of problems of playing with men,” Baker said, “It’s harder to get fired from your own band, that’s for sure. It may be more work, but you can set the tone for rehearsals and decide who you want to play with. In my band the guys respect me as the leader and know they can be replaced.”

Over the years Baker has loved teaching others the magic that the guitar has to offer, and she said she is always looking for other avenues too. “I may start a podcast or write a book; I may put a weekend band together or write an online course about Women in Music.”

Baker lives by finding opportunities to serve others with her talent, keeping her mind open and not just thinking about being an artist, and finally, by letting music flow through her mind and body as a healthy vessel.

“Music is magic, healing with beautiful melodies, tragic words and passionate solos. I create to heal myself and hope that in the process I’ve created something that will matter to you” Baker said.