You have permission to edit this article.
Edit
Home
News
Opinion
Features
Sports
Gallery
Share This
1 of 6 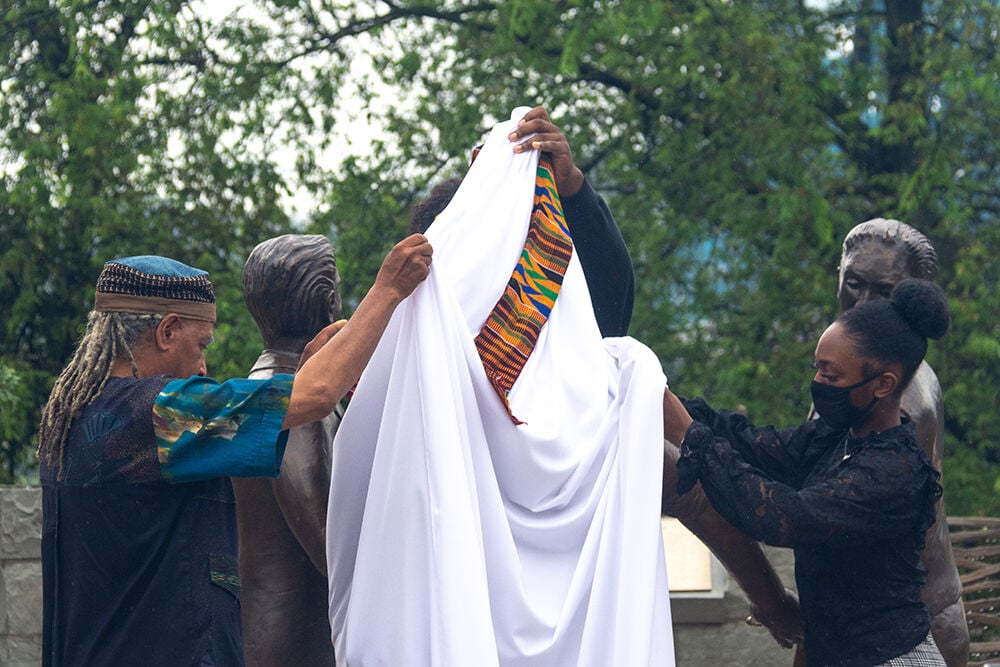 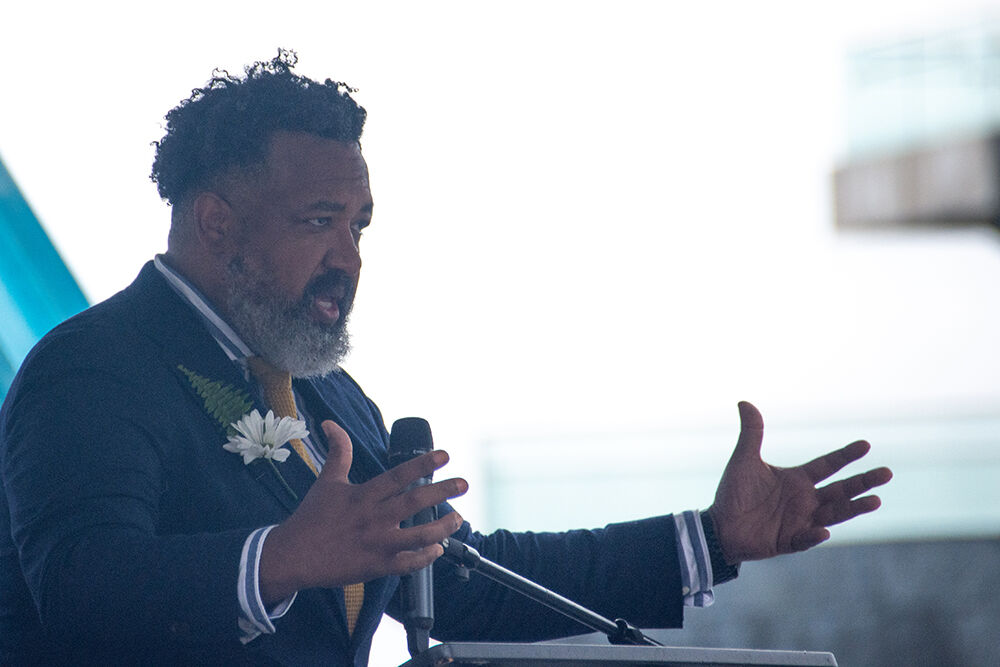 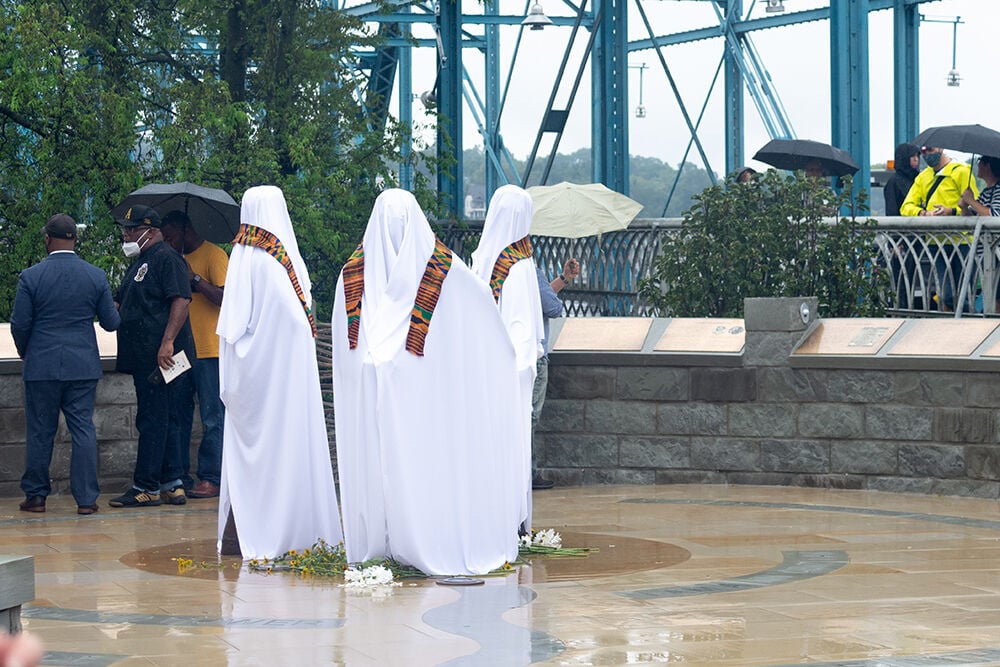 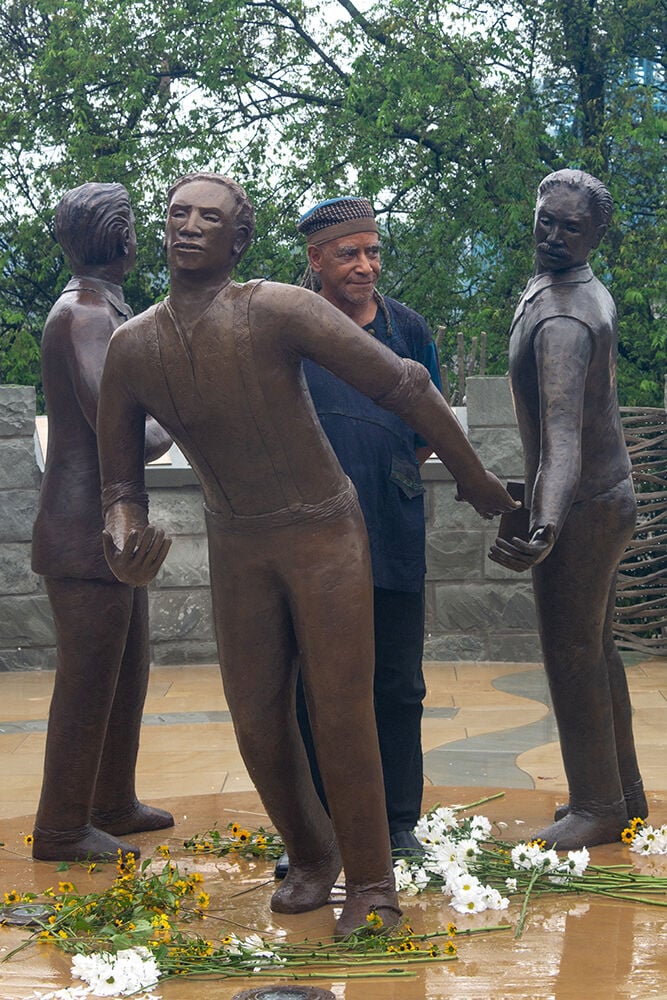 Artist Jerome Meadows smiles among the statues he designed for the Ed Johnson Memorial. The Memorial Dedication honored the legacy and memory of Ed Johnson and his attorneys. Sunday, September 19, 2021 (Photo by Allie English) 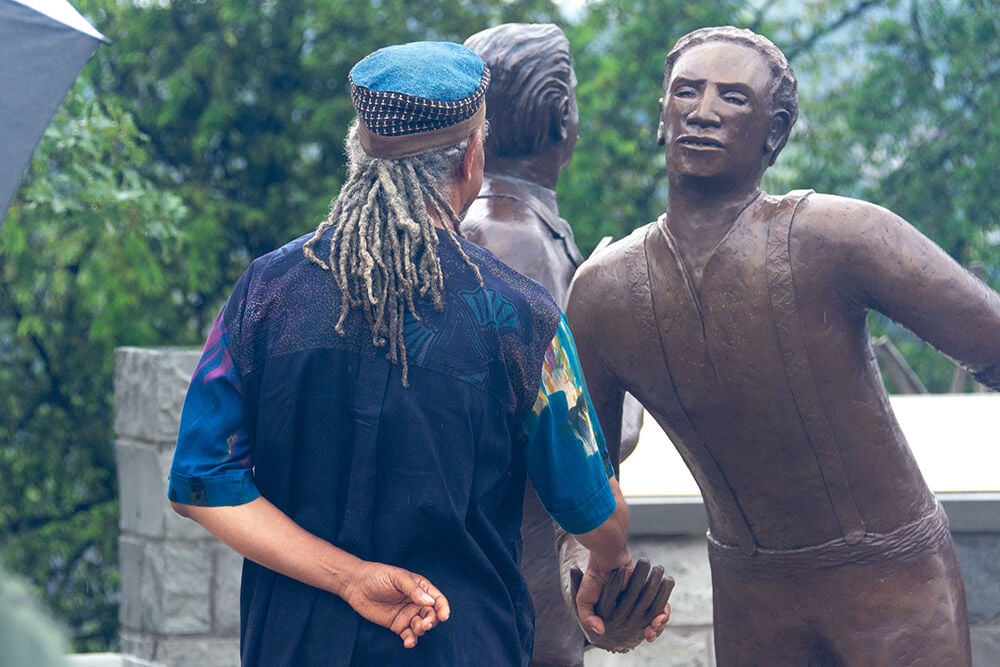 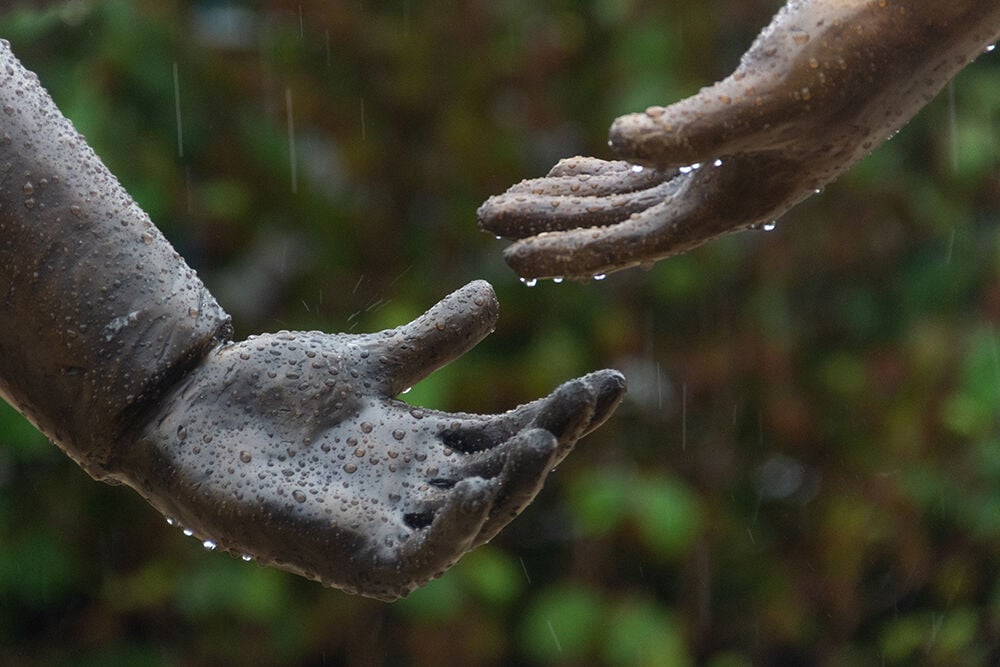 Artist Jerome Meadows smiles among the statues he designed for the Ed Johnson Memorial. The Memorial Dedication honored the legacy and memory of Ed Johnson and his attorneys. Sunday, September 19, 2021 (Photo by Allie English)

On March 16, 1906, Chattanoogan Ed Johnson was wrongfully accused of rape and was sentenced to death.

According to the Ed Johnson Project, the US Supreme Court granted a stay of his execution, then a mob stormed the jail. Johnson was lynched on the Walnut Street Bridge that day.

Despite the multiple alibis Johnson had proving his innocence, the jury’s biased opinions led to his execution. Johnson’s two attorneys, Noah Parden and Styles Hutchens, ultimately fled Chattanooga after the trial for their own safety.

In 2016, the Ed Johnson Project was established in hopes of acknowledging Chattanooga’s dark past and respectfully honor those lost due to racial injustice.

Eric Atkins, Vice-Chairman of the Project, stated, “For some, lynchings represent our greatest sins and transgressions that as a society should be forgotten; as for others, particularly African- American communities, lynchings are something you never can forget.”

On Sept. 19, a statue recognizing Johnson, his death, and his noble community of supporters will be placed on the south side of the Walnut Street Bridge.

“It may seem a rudimentary point, but we discovered that there were many people in the community who had never heard of Ed Johnson,” Atkins said. “Eventually, the concept for a fitting and proper memorial was born.”

The Ed Johnson Project hopes their memorial will help heal and unify the community by acknowledging this horrific time in history; they are striving to repair the harm that has been done.

“Frederick Douglass told us that, ‘Without struggle, there is no progress.’ If that is a self- evident truth, then we also have to accept the fact that the hardest road we all must travel is the path that leads towards common ground; and common ground places us atop higher ground,” Atkins said. “Ultimately, that is when you will realize the power and impact of what can be achieved when people come together.”

The memorial will stand as a reminder that a society is better off together than divided.