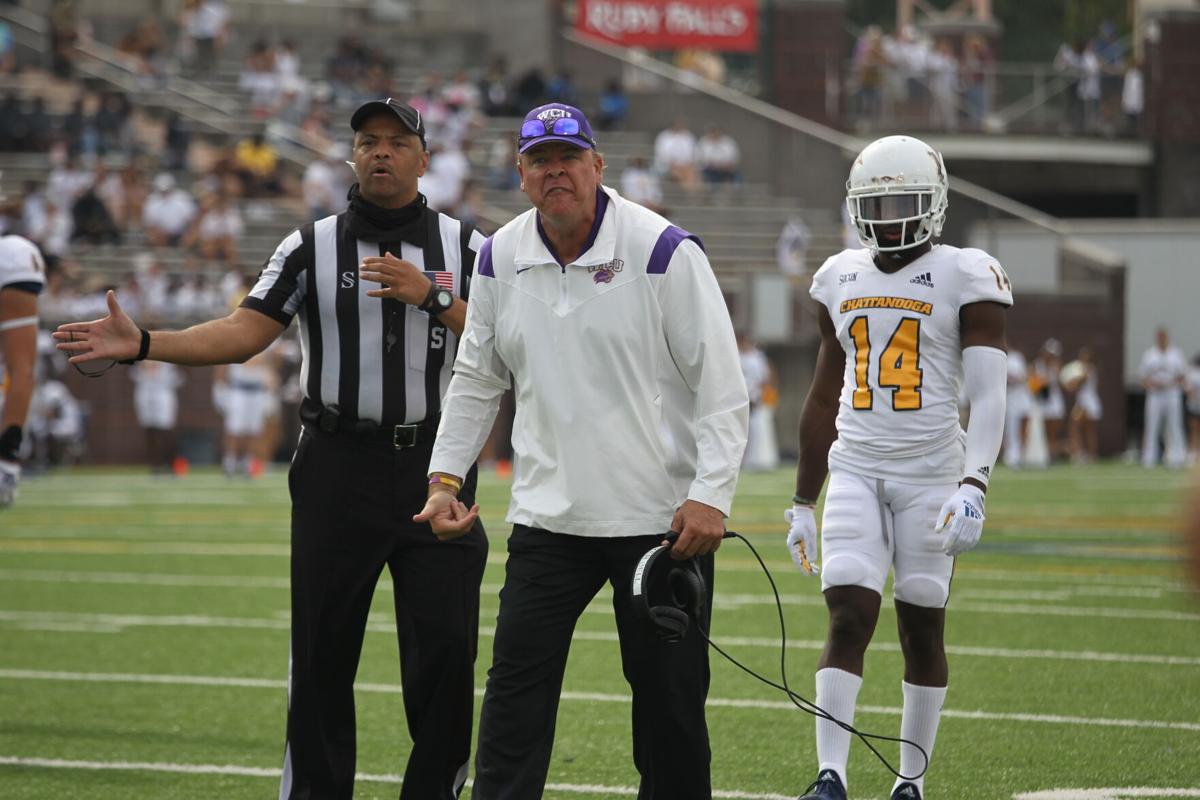 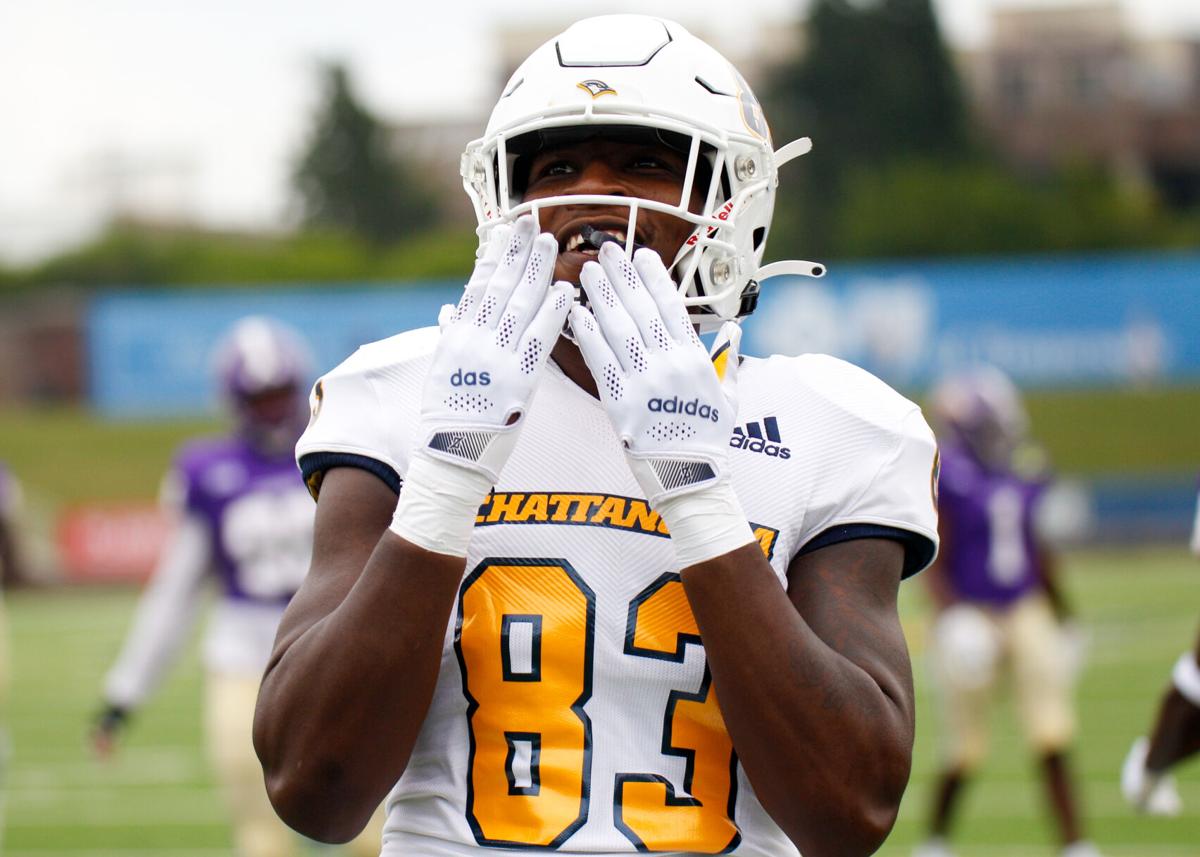 KeShawn Toney (83) blows a kiss to the crowd after scoring a touchdown. Saturday, October 2, 2021. 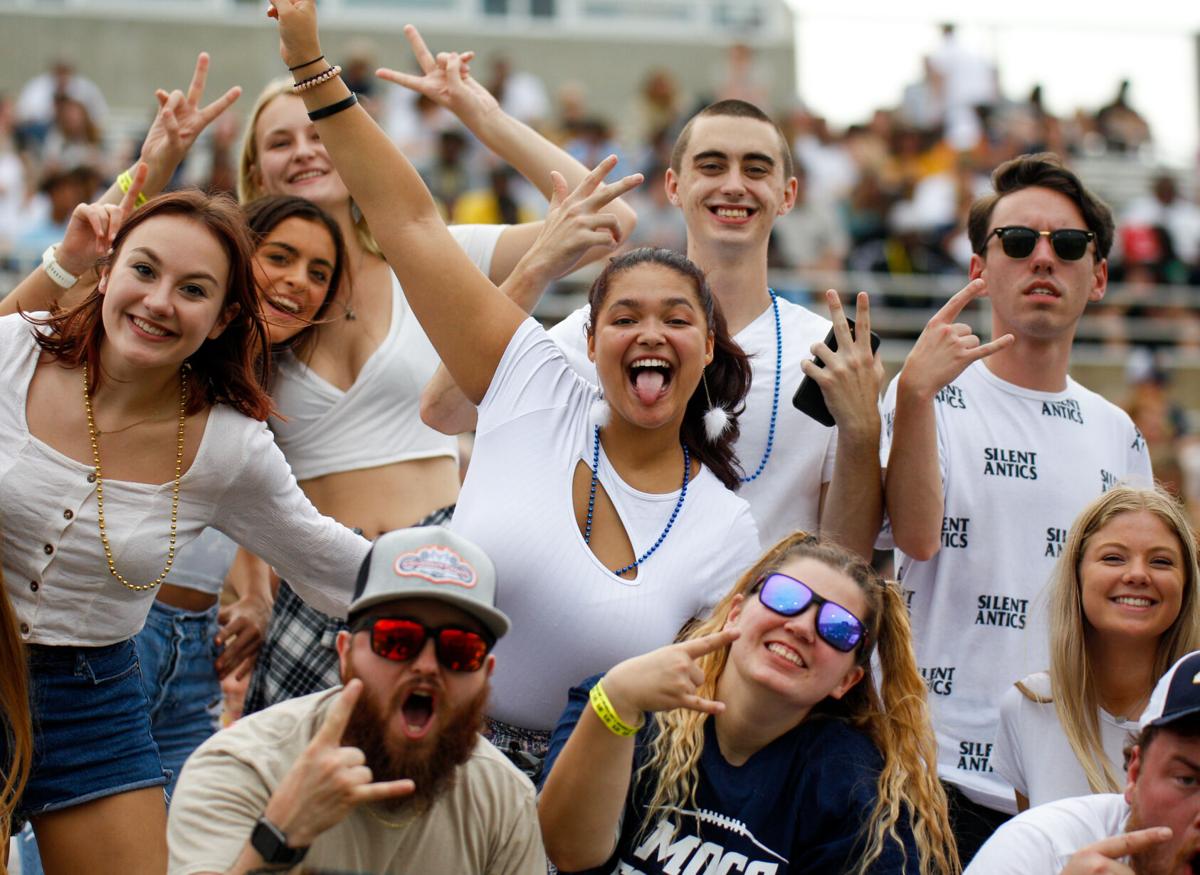 Fans in the UTC student section cheer on their Mocs as they take on WCU Wildcats. Saturday, October 2, 2021. 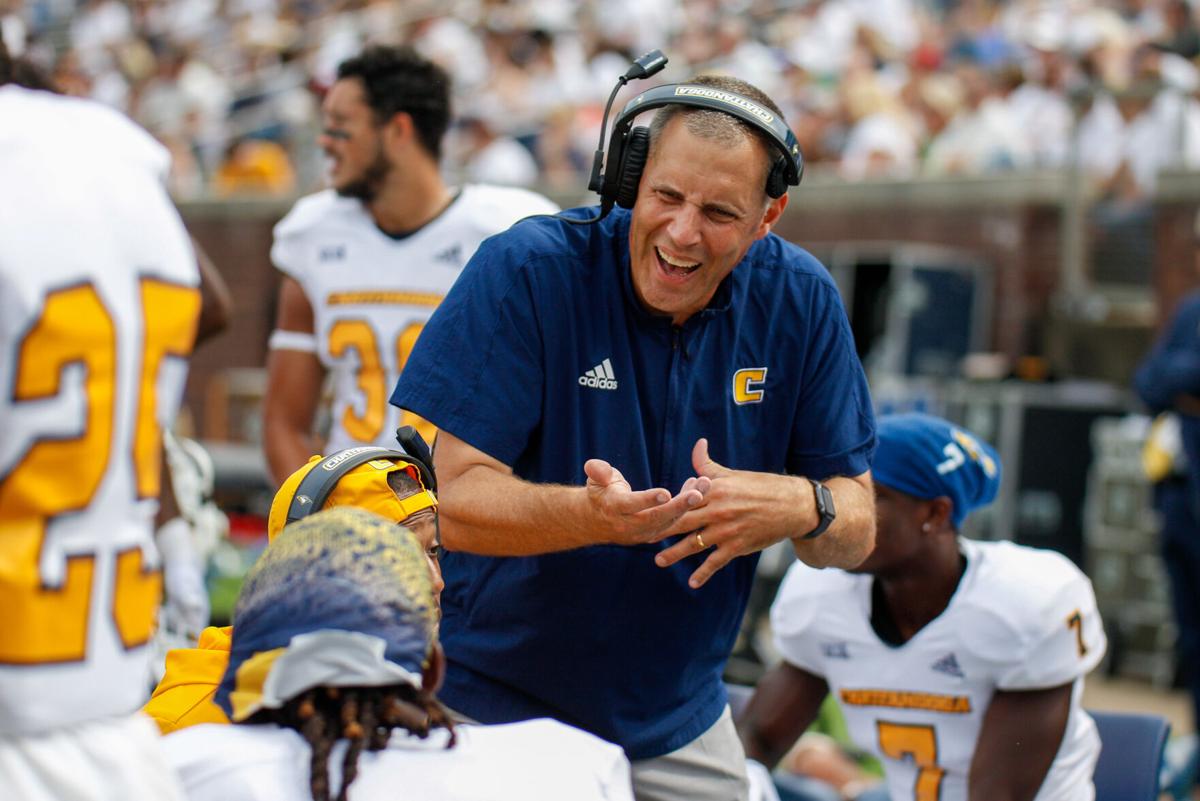 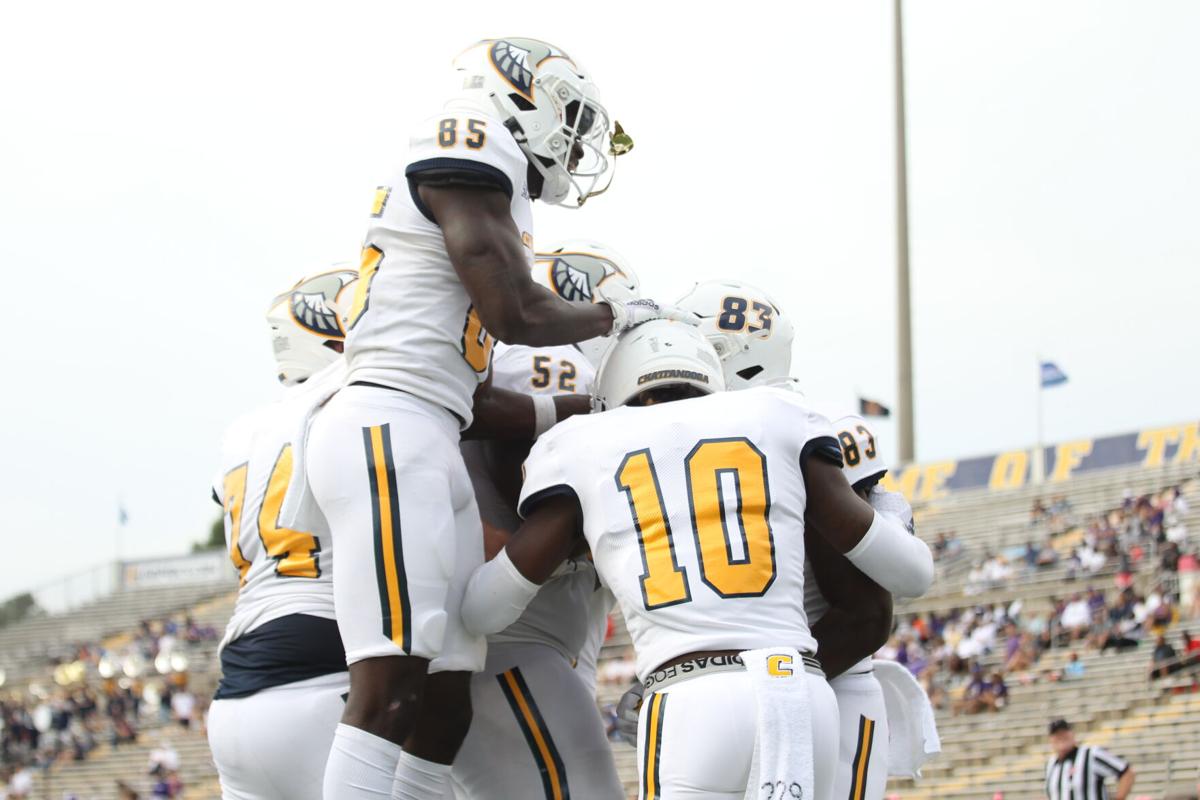 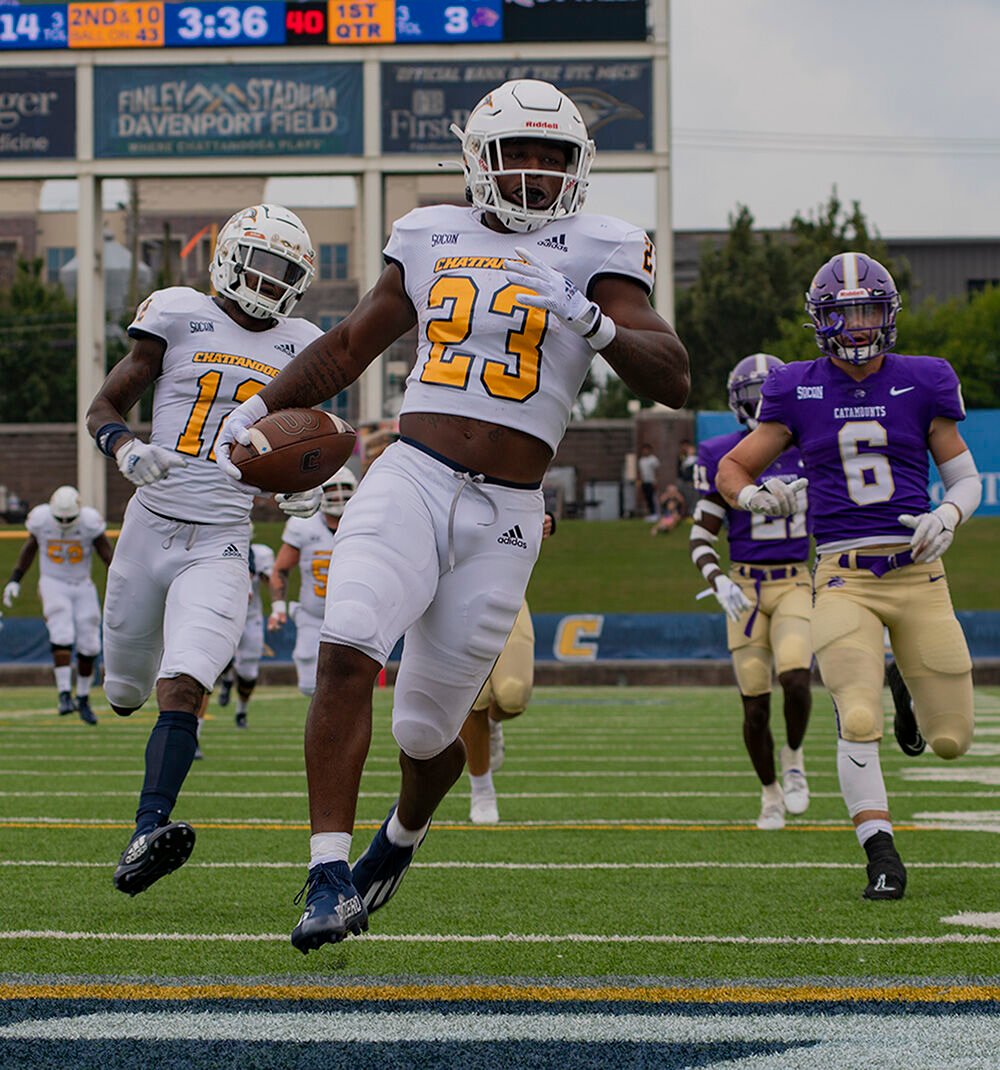 Senior Tyrell Price (23) scores a touchdown in the first quarter of the game. Price is followed by Reginald Henderson (12) and WCU's Malik Washington (6). Saturday, October 2, 2021. (Photo contributed by Maggie Weaver) 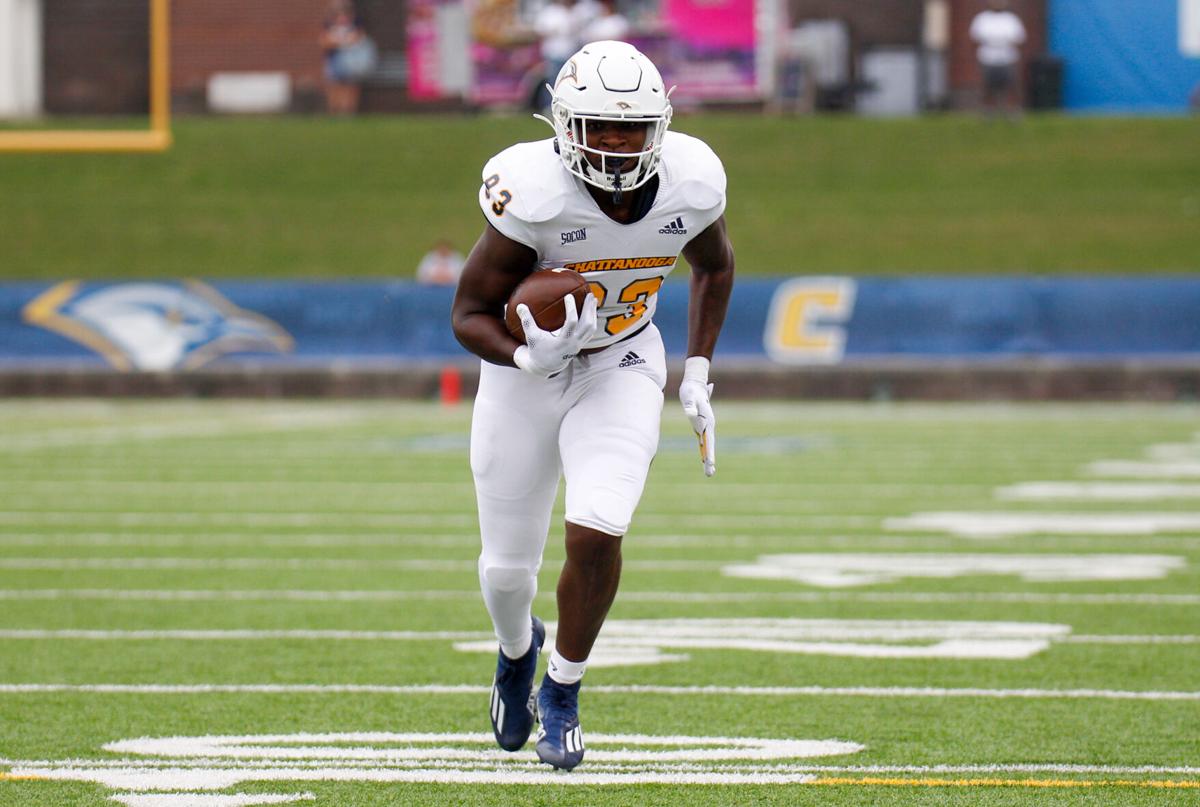 KeShawn Toney (83) blows a kiss to the crowd after scoring a touchdown. Saturday, October 2, 2021.

Fans in the UTC student section cheer on their Mocs as they take on WCU Wildcats. Saturday, October 2, 2021.

Senior Tyrell Price (23) scores a touchdown in the first quarter of the game. Price is followed by Reginald Henderson (12) and WCU's Malik Washington (6). Saturday, October 2, 2021. (Photo contributed by Maggie Weaver)

The Chattanooga Mocs football team hosted the Western Carolina Catamounts and blew past them with a 45-17 victory.

The Mocs entered Finley Stadium Saturday coming off a bye week and came close to upsetting the Kentucky Wildcats the week before that. The Mocs surprised the majority on their business trip to Lexington by losing only 28-23.

But as head coach Rusty Wright says, a loss is still a loss. The loss in the bluegrass state gave UTC a record of 1-2 for the year.

The Wildcats knew going into the game to take Chattanooga seriously and the Mocs entered knowing they had a fair shot to win. But they didn’t, which gave them the shoulder chip needed to enter Southern Conference play and make a statement. They did.

The 45 points the Mocs posted look great on the scoreboard but even better on paper. This is because the UTC offense put up season-high numbers: 518 yards of total offense.

Chattanooga also had a field day on the other side of the ball as well -- having a season-high four forced turnovers -- with three interceptions and a fumble. To illustrate this further, WCU returned the opening kickoff to the Chattanooga 7, but the Mocs defense stood them up three plays in a row to limit the Catamounts to a 22-yard field goal.

But it takes more than field goals to beat the Mocs.

Still in the first, the Catamounts QB1 forgot his teammates were wearing purple and threw it to Brandon Dowdell instead, giving him his tenth career interception and putting the Mocs in enemy territory at the 31-yard line.

It seemed as though the Mocs scored before Dowdell could get off the field. The subsequent three-play drive began with a 24-yard run by Gino Appleberry and was concluded with a quarterback sneak from Copeland.

The following drive was much the same: Another interception, this time picked off by Jarrell Lawson; and another quick UTC offensive drive with Tyrell Price having a career-long 57-yard touchdown run.

The Mocs put up 21 points in the first quarter; three in the second; seven in the third and 14 in the fourth. The defense held WCU to only 277 yards of offense.

Chattanooga looks to continue this trend as they travel to Virginia Oct. 9 for another SoCoon mathup against VMI.